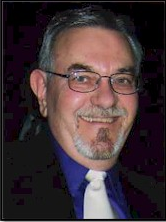 A native Kansan, Gil Rumsey grew up near Topeka and later received a B.A. in art with an emphasis in Commercial Illustration from Kansas State University. His interest in art, and his talent for it, began at age 8 when a severly broken leg kept him out of traditional school for nearly a year. It was at this time he discovered he could draw. It has become a life long passion.

Although he went off to K-State to become a math teacher and coach, he changed direction into art and has never looked back. In 1973 he got into the picture framing business which has given him a natural gallery setting for his art for nearly 40 years.

In 2006 a devastating fire destroyed his 11,000 square foot gallery including tens of thousands of published prints, books, a 15 year collection of antiques, and more then 500 original paintings.

He opened a new location within six weeks, and no insurance did not come close to covering this loss. In 2006 Gil closed the retail gallery but continues to paint, picture framing and publishing from his home.

Gil started with mainly watercolors. He now paints acrylics and has for over 40 years. He designs commercial stained glass, concrete sculptures and occasionally a woodblock printing. He continues to do 40-50 paintings a year.

Gil's work is widely exhibited including one-man shows at Kansas State University, Friends University, and numerous churches and banks. However, he may be most proud of the considerable use of his art to charities in the last 20 years. He offered his talents to fundraising opportunities to compose and sell holiday greeting cards.Gil's art is collected throughout North America, Europe, Australia and Japan.

Despite Gil's latest setback, contracting Guillain Barre Syndrome and being hospitalized for 91 days, he is back at work and going strong.

"Why do I continue? Simple, it's what I do, and I am grateful to have the talent and my motto is never quit." Gil continues to create and do custom picture framing for others and offers his creative insight to other projects.

See Gil's art on this website or view the entire collection in person at his home gallery. 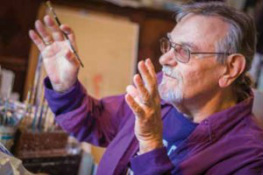 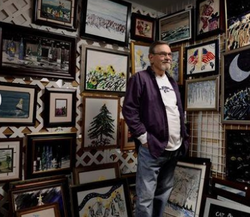